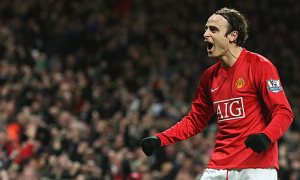 The EPL on Saturday was raining goals .
Wolves struggling at the bottom trounced sunderland with a 3-2 victory reviving hopes of avoiding relegation.
Glamorous Man.city struggled against Stoke who held Man.city for a draw with 1-1.Man C’s hopes of topping Chelsea got a beating.
Bottom table clash between fulham and Birmingham was an not so interesting draw with 1-1 .both the sides were too much defensive to improve their chances.
The Bolton’s fine run was halted with a draw against an impressive Blackpool with 2-2. Bolton hold on to it’s top of the table place
Everton was sidelined by West.brom who are already struggling in the bottom in an event marred match with a scoreline of 4-1 and a couple of red cards.
Battle of the relegation between west Ham. and Wigan were west Ham hammered the wigan with 3-1.
The Gunners raised their position to top 2 by beating Aston Villa with a 4-2 scoreline.
Finally the Match of the day,Manchester United moved to the top of the table in style by beating Blackburn Rovers with Dimitri Berbatov scoring a hat trick finishing with 5 goals and Man.United winning by a emphatic margin of 7-1. Chelsea’s work is cut out tomorrow.